The Game of Thrones series is literally treading on thin ice: As the story beyond the wall unfolds, I no longer have any prior knowledge of what's going on, and neither do the writers.

I'm certain Weiss and Benioff have been briefed by George about how the entire series ends, but you can already tell by the quality of the dialogue and the way some of these scenes unfold that Martin's prose is no longer there to guide them along the way.

Stannis now officially sucks. In the books he's still human after all his adversity. Having him kill his own daughter like this turned one of the few remaining interesting characters into a flat, two dimensional villain. He died shortly after, so I fail to see what the point was. Maybe they wanted us to stop caring about him before he died?

Some of the tings I've been rooting for, such as Coldhands and Lady Stoneheart, I could do without. I realize that you can't show everything in the books on screen and that it's a different medium. What I can't do without is good dialogue from interesting characters, decent scenes and a plot that makes sense.

Please don't mess this up, boys.
Posted by Unknown at 06:49 No comments:

Over the course of the Game of Thrones series, Gregor Clegane has been portrayed by three actors.

The first actor was Australian wrestler Conan Stevens, who lobbied extensively for the role with his fans and also auditioned for Khal Drogo. When he finally got the role of The Mountain, he was offered the role of the Orc King in the Hobbit movies so he had to back out of the Game of Thrones series.

A little over 7' tall, he made an imposing figure and I really liked his portrayal of Gregor in The Wolf and the Lion episode. It's a shame that he had to pull out of the series.

Judging from his other work, he's quite capable of doing dialogue and I'm sure his Australian accent would have worked well within Game of Thrones. Alas, it was not meant to be. 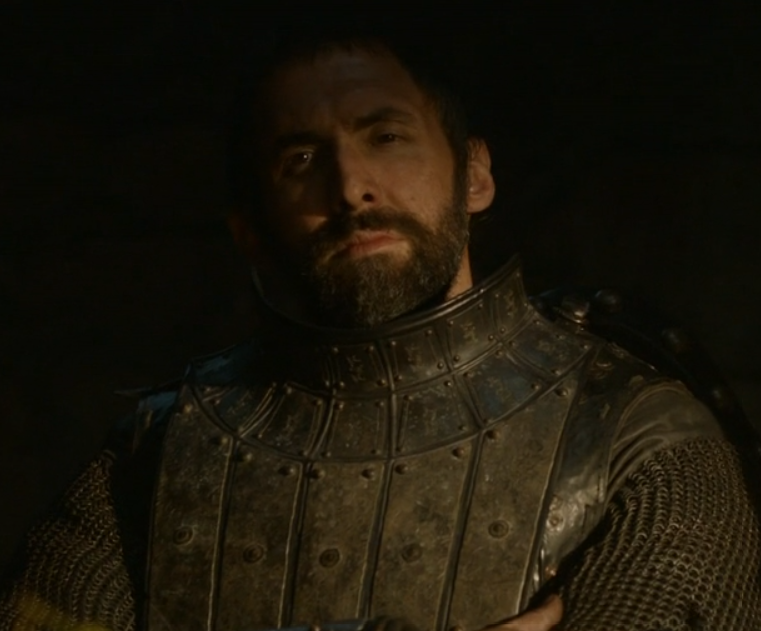 The second actor was brought in from within the cast. Ian Whyte, who also plays at least two White Walkers and the giant in the Wildling army. He also played the Predator in Aliens vs. Predator.

Being slightly taller than Stevens, it made little difference in terms of size but from what I've seen he's not much of an actor. He's mostly done stuntman work. 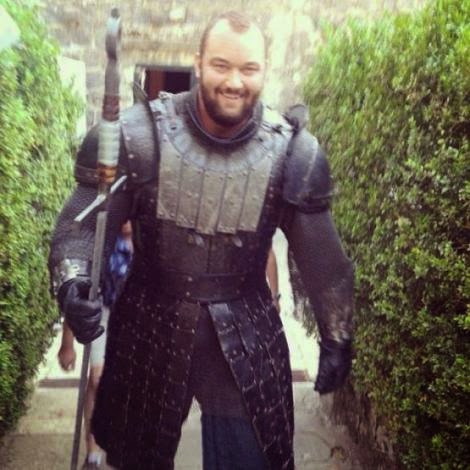 Cue the third person to play Ser Gregor. Hafþór Júlíus Björnsson. Easily the most imposing figure of the three, he's actually the smallest, being slightly under 7 feet. His first fighting scene was promising, but his face is just too friendly.

Look at that smile! That's not The Mountain. That's not the evil bastard who put his brother's face to the flame over a toy. This is your friendly behemoth uncle who lets you sit on your lap.

Why I think Casting Peter Dinklage as Tyrion Lannister was Wrong

Let me get this out of the way first: Peter Dinklage is an excellent actor. He has the wittiness of the character down and his looks, his glares, his air of superiority and independence is all there.

George R. R. Martin describes him as really ugly. Peter is pretty handsome for a dwarf.

Peter is pretty cute. He may be a dwarf and he may not be dreamy, but he is by no means disgusting. They gave him the scar later on which makes him a little less pretty, but still not downright hideous. The scar in the book turns him from really ugly to horrific. Compare the image of Peter with an artist rendition I found on DeviantArt. That's more like how I pictured Tyrion, from GRRM's writing.

What do you think?